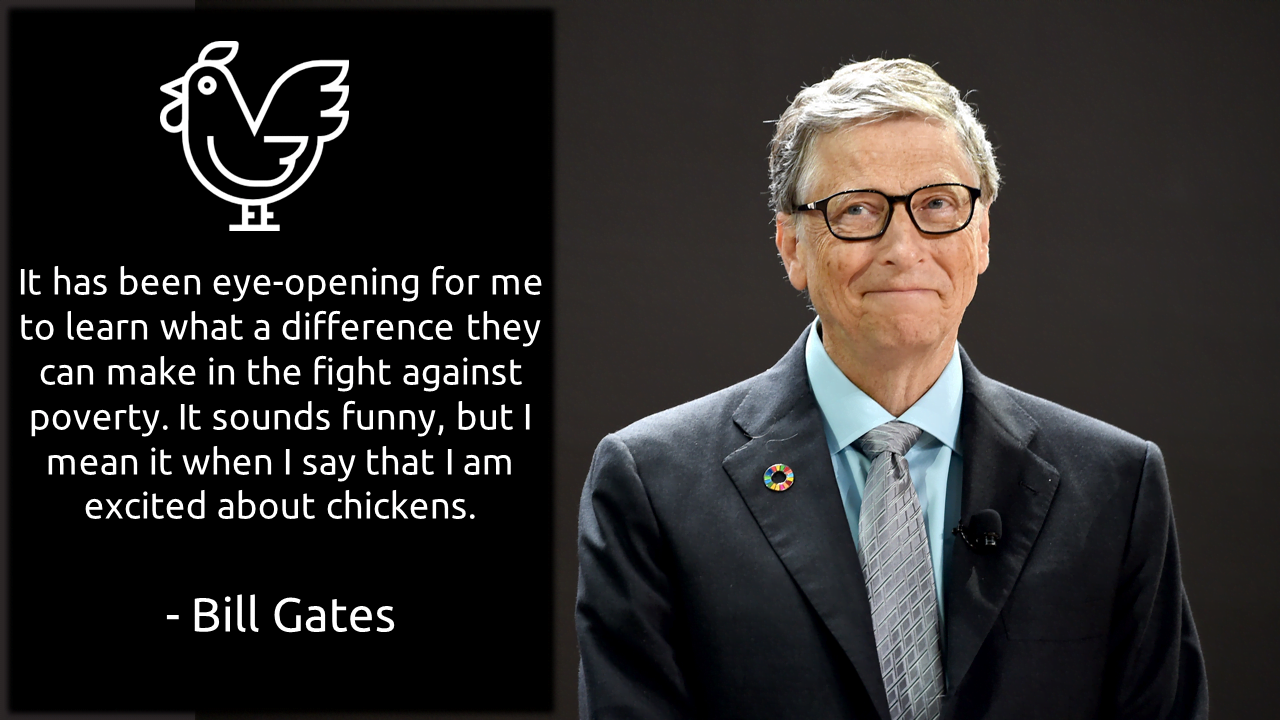 You are here: Home / Money / Chicknomics : The Ultimate Solution to End Poverty in Pakistan

Prime Minister of Pakistan Mr. Imran Khan coined the idea of providing free chickens to small farmers who wish to breed. So-called intellectuals and Twitterati criticized him for the idea.

Domestication of chickens can be found in the old scripts of Egyptians and Greeks. This makes chicken among the most domesticated birds primarily due to its following qualities,

Back in 2016, Bill Gates of Gates Foundation announced his foundation’s partnership with Heifer International, a charity focused on donating livestock to poor families around the world.

Breeding chickens are and very inexpensive as well. You don’t need to make any special shelters for them. They can eat a broad variety of feed as well which may include seeds, grass, insects and kitchen residues as well. So, you don’t have to worry that it will compete with human food at any level.

As these chickens also don’t require a lot of space so you can keep a good care of them easily. It can be a good hobby for the housewives with potential benefits. Eggs are (and should be) consumed daily as part of our diet. While breeding chickens at the house, you can be self-sufficient in eggs as well.

As Bill Gates in his blog,

Suppose a new farmer starts with five hens. One of her neighbors owns a rooster to fertilize the hens’ eggs. After three months, she can have a flock of 40 chicks. Eventually, with a sale price of $5 per chicken—which is typical in West Africa—she can earn more than $1,000 a year, versus the extreme-poverty line of about $700 a year.

Using Chicknomics, we can help the poverty to lift themselves from below the poverty line to stable income. This will eventually contribute to the economy of the country as well.