When it comes to the best overall smartphone under 400$, Google Pixel 4a is an undisputed winner in 2020. Just like the previous pixels, the best thing Google has going for this budget smartphone is flagship grade cameras. While the single 12.2mp camera might sound modest on paper, the real-world performance speaks volumes. Pixel 4a has a point and shoot kind of camera as it has some advanced computational algorithms working behind the scenes resulting in a crisp, vibrant, and flagship-grade image quality. 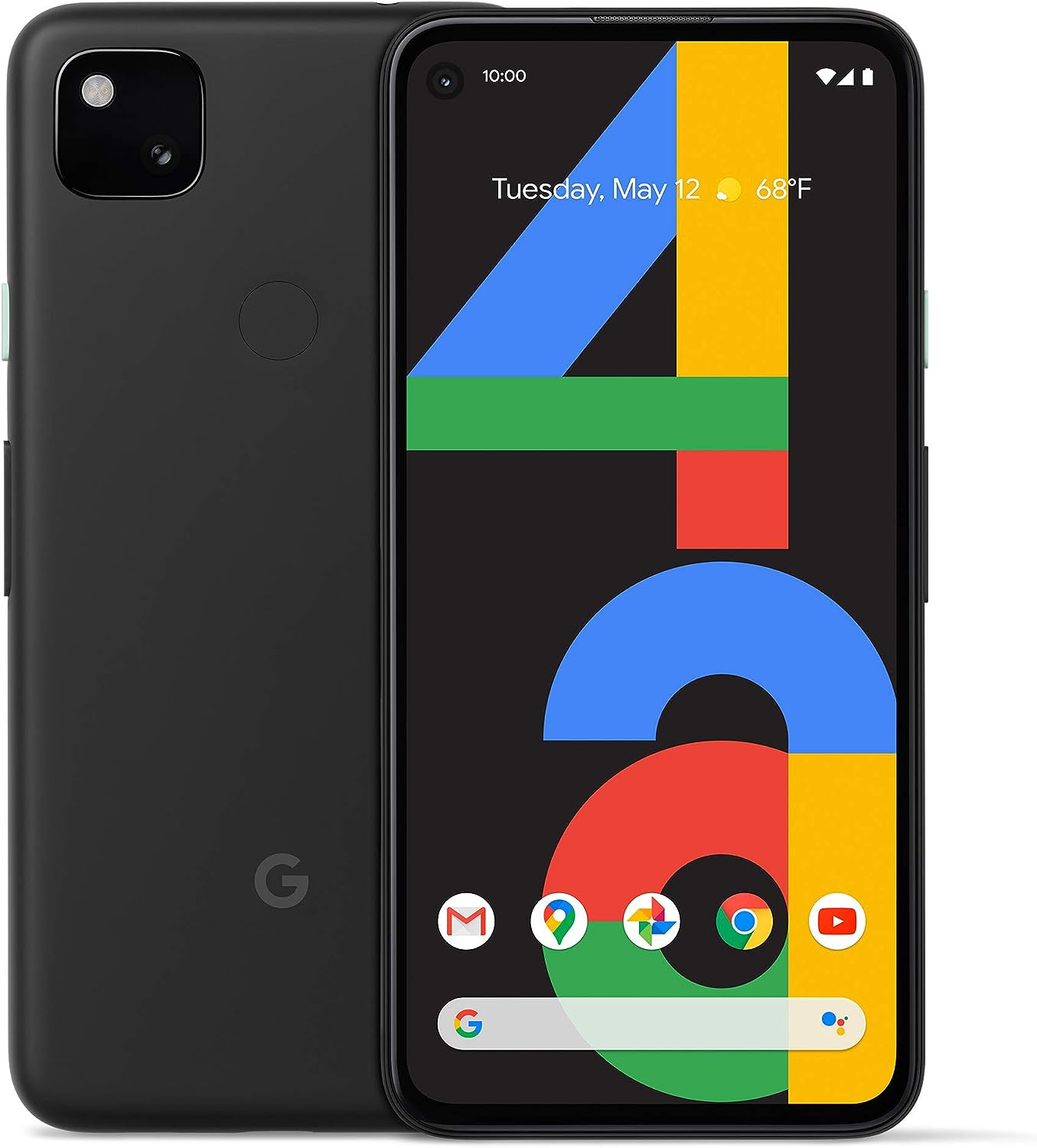 While the camera may be the main highlight of Google Pixel 4a, it has some other good things going for it. It has a nice-looking OLED display with a resolution of 1080 x 2340 pixels, 19.5:9 ratio which supports HDR content. It only has only a 6Gb ram model with humble storage of 128gb.

Did I mention it also supports USB Type-C 3.1 reversible connector with 18W of fast charging and stereo speakers? Not only this but you get a clean build of Android 10 with guaranteed updates for 3 years. It seemingly has everything that it takes to be a perfect smartphone.

But this smartphone just like anything has its cons. It rocks snapdragon 730G which is no slowpoke by any manner but with snapdragon 765G 5G around the corner, things could have been different. It also has a plastic body that may sound like a deal-breaker for many but it’s very well built.

If battery backup is something that is your absolute priority while trimming the price down to as low as 250$, then Moto G8 Power is a go-to device. As the name suggests “Power “, has a monstrous battery of 5000mAh with support for fast charging of 18W. It can last up to 2 days of hefty usage and even up to 3 days of careful usage. 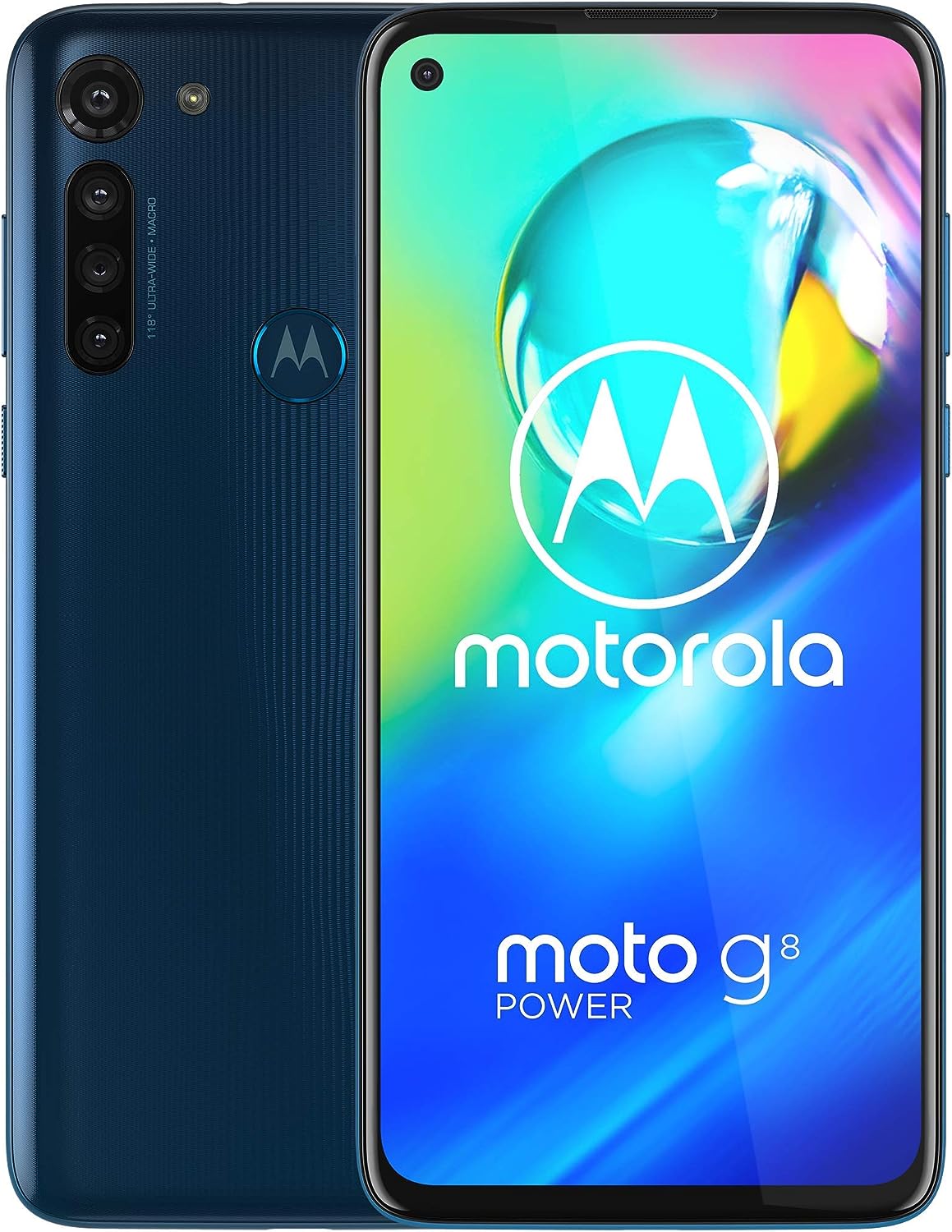 It also has a humble snapdragon 665 which is not as powerful as Pixel 4a’s snapdragon 730G but it is not a slouch either. There’s no noticeable lag in day to day usage and it can even play some famous gaming titles on medium settings with playable framerate.

It has a moderate 4Gb ram paired up with 64Gb ROM. Camera’s while being a quad setup aren’t as great and are not the highlight for this phone. They are pretty average compared to other phones on this list.

Samsung has been putting some crazy beautiful phones in the market for a few years now. But a few years ago, Samsung started hitting the budget market segment with its A-series smartphone. Samsung Galaxy A51 has arguably the best looking Amoled Display in the price segment with a modern-looking Punch-Hole cutout. The back is made up of some high-quality plastic (glastic) which gives a strikingly beautiful and premium look. 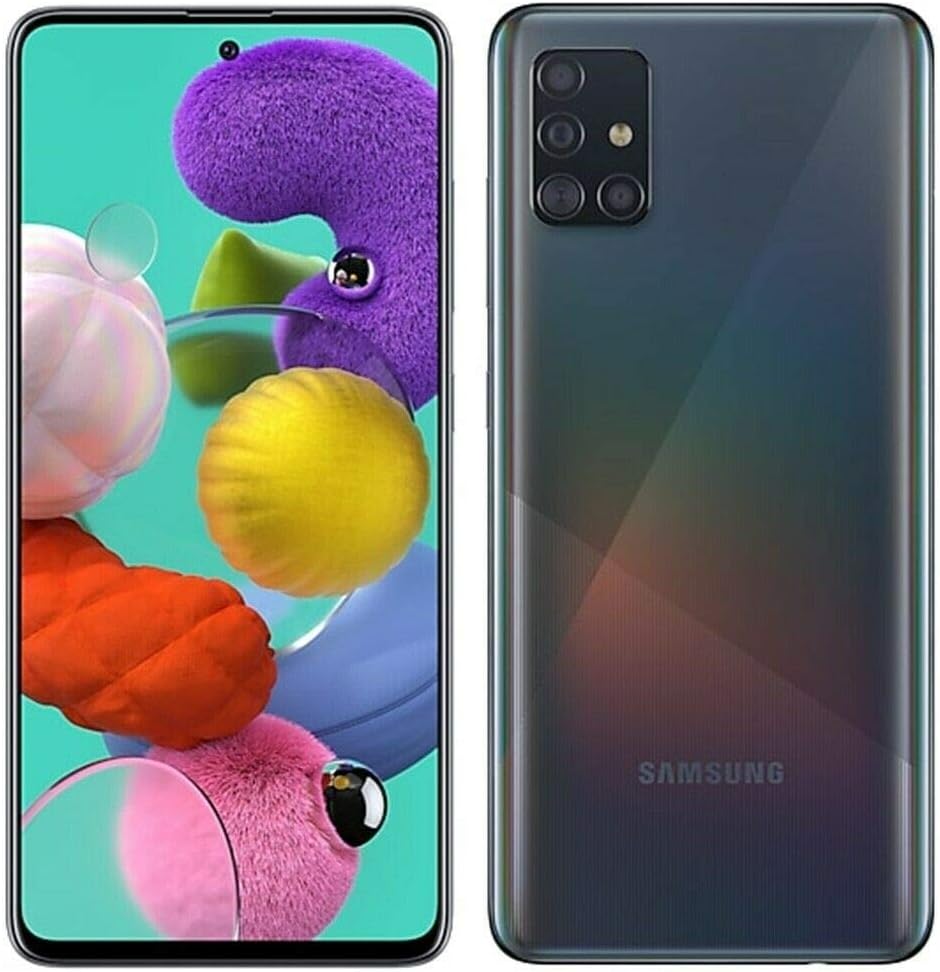 While Samsung’s chipset Exynos 9611 is no slouch by any means, things would have been much better if Samsung opted for a snapdragon 730G at the very least for the price this phone is at.

Coming in at 348$ USD, this phone has an under-display fingerprint scanner that can be used to unlock the device. It also has a 4000mAh battery which can easily get anyone through a full day with some battery left to spare at the end of the day.

If display quality is your top priority for media consumption then Samsung Galaxy A51 is the best deal for most people.

If gaming on an android device at a budget something an individual is aiming for then Realme 6 is the best bang for the buck. Realme 6 offers an underrated feature that is only found in Flagship grade smartphones, a 90Hz 1080p IPS LCD which has vibrant colors, powered by MediaTek Helio G90T. MediaTek Helio G90T is a flagship processor from a company that holds a reputation for making budget chipsets.

MediaTek Helio is a 12nm chipset that can outperform even the Snapdragon 730G in almost any benchmark out in the market. It is really good for gaming and games like PUBG Mobile defaults to High Quality.

The main highlight for this smartphone is its 90Hz punch-hole display with support for HDR content and its very capable processor. It also supports VOOC charge 30W which can charge the phone’s 4300mAh battery from 0 to 100 in a mere 55 minutes.

The 64mp camera is no joke, it can take some crisp and detailed photos while having 3 more lenses with an 8mp ultrawide, 2mp depth sensor, and a 2mp macro lens. The result can be surprisingly good with good dynamic range, the images turn out spectacular. However, low-light performance is bearable.

If you’re an iPhone fan and one of those people that love using a compact device while getting state-of-the-art performance then iPhone SE (2020) is highly recommended. Despite having a weak battery of 1821mAh which is rated to last up to 9 hours of continuous web browsing, battery backup is not the feature this phone got all the praise for. 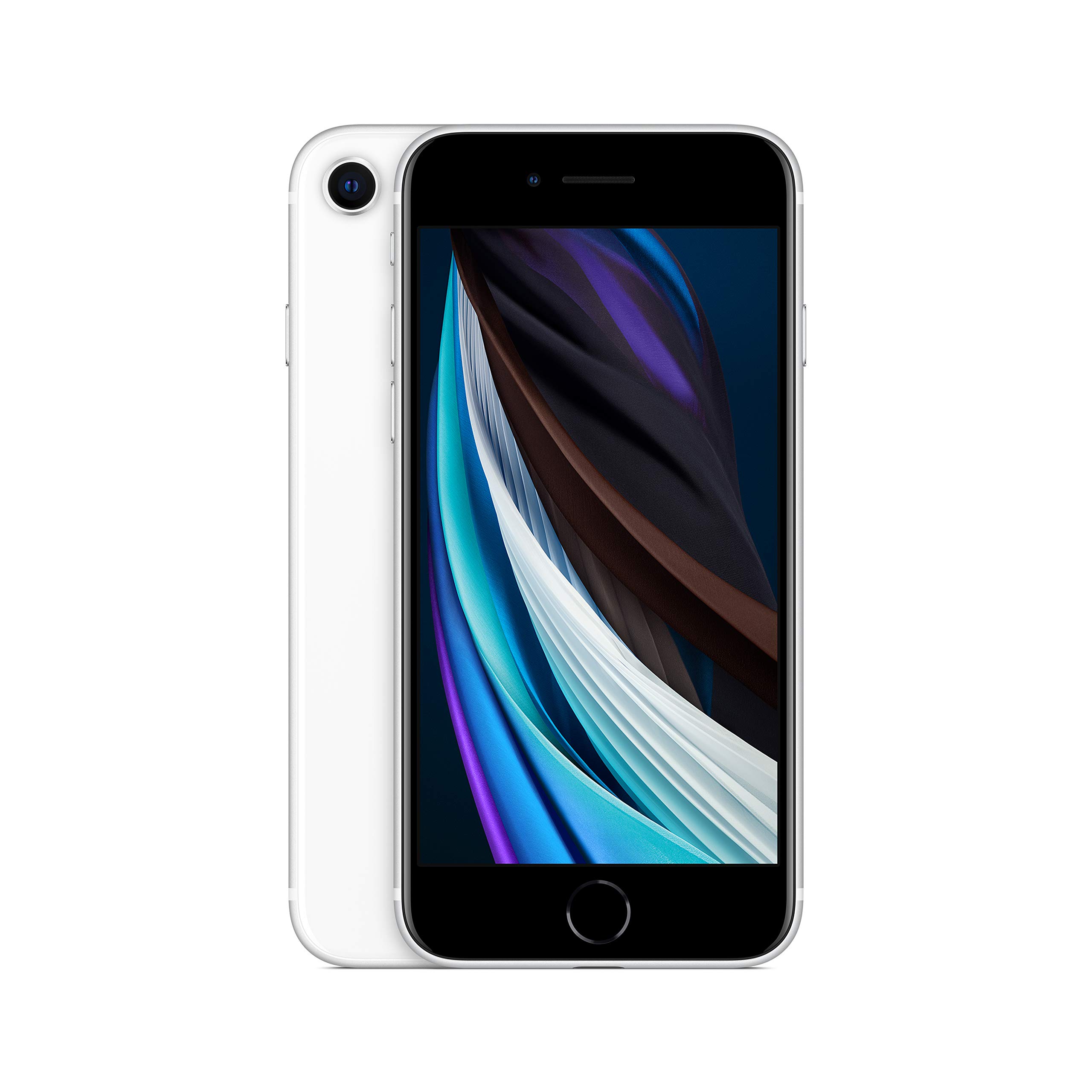 Coming in at 399$ for the base model of 64gb, the phone is an insane value for the money. iPhone SE (2020) rocks the state-of-the-art A13 Bionic Chipset from Apple’s arsenal of chipsets. This is the same chipset that is found in iPhone 11, iPhone 11 Pro & iPhone 11 Pro Max. Now that’s what we would call an insane deal for a phone that costs just under 400$, you’re getting a flagship processor that can easily beat snapdragon 865 on android’s side.

The phone rocks the same old body of the iPhone 8, but that’s not a bad thing as the phone is a glass sandwich with an aluminum frame. The only thing bad about this body is the thick bezels on the top and bottom chin. The phone looks outdated but that’s a trade-off you have to make for getting so much power under the hood.

The phone also supports a single 12-Megapixel back camera and a 7-Megapixel front camera which is surprisingly good. It trades blows with the likes of Google Pixel 4a. The portrait shots taken on the iPhone SE (2020) produces more natural-looking skin tones and satisfying background separation thanks to the powerful A13 Bionic Chipset. However, it lacks a dedicated Night Mode.

While the phone only supports an HD resolution of 750 x 1344 pixels. The color output of the screen does a great job and the viewing angles are great. Plus, it also supports Truetone, which adjusts the colors of the phone based on the ambient light around it.

The only downside for the phone that is a deal-breaker for the nitpickers is the low battery capacity and the ancestral design of the phone.

What to look for while buying a phone under 400$?

Performance is something a conventional user doesn’t care about. All the average person wants is a good-looking smartphone with cameras that does an amazing job at taking photos. But it’s a department that should never be overlooked. The phone in this price range in 2020 should at least have a Qualcomm Snapdragon 730G processor or MediaTek Helio G90T. These are both of the best processors anyone can get in an android device in 2020. While, for iPhone users, things are a bit simpler.

The display is another key factor that should be kept in mind while making a purchase decision. For the price segment, the buyer should get a phone with an FHD display. Anything below that is simply unacceptable. An OLED panel is always the best option as it provides the best color output on an android device plus the new dark mode trend also helps improve the battery backup ever so slightly.

In this price range, there are plenty of options in the Android space, with most supporting an FHD IPS panel. But double-checking never hurts, does it?

Battery backup is another deciding factor for a lot of users. Some people just want a good enough phone with excellent battery life. For that, the battery life should be at the very least 4000mAh or higher. Why 4000mAh? Because the 1080p IPS displays and the powerful processors take a toll on the battery life. Of course, the 8nm design of the Qualcomm Snapdragon 730G helps save the battery but the battery drain can be easily noted when you’re out taking tons of photos with your friends or family. For the purpose, a battery of 4000mAh or higher is highly recommended.

Now, this is a department where everyone wants to take photos like a professional photographer. People think they know everything about the camera just by knowing the Megapixel count on the spec sheet but that’s not the whole story there is to a camera’s performance. Factors like a camera’s aperture, the size of the sensor, the image processing, and the type of sensor used matters a lot. You can have a 108MP camera getting outperformed by the 12MP on iPhone SE (2020) or Google Pixel 4a. Without getting too technical in the specs, it’s always a good option to first check for the type of sensor the phone is using. We recommend going for a phone with the Sony IMX363 (the same sensor found in Google Pixel 4a) and Song IMX 353 for the front camera. But these specs are not mentioned on the box most of the time so it’s always a good habit to check the camera comparison videos on YouTube or read reviews (like this!) to stay informed on nitpicks of a good smartphone.

For a phone that costs under 400$, glass build is something that can make a huge difference in the design language. The glass back just gives a more premium feel to the phone. But that’s not always the case. The phones under 400$ will hardly have a glass sandwich design, so the thing you should be looking out for is the plastic or aluminum builds. The (Glastic) a mixture of plastic and glass used in the new phones these days is recommended as it gives the best of both worlds. Durability and style! 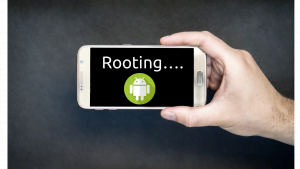 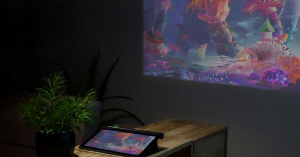 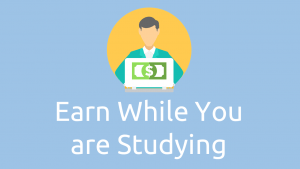