The knowledge of DNA has equipped the forensic or crime scene science with more precise and accurate techniques to find out the criminal among the suspects using the crime scene evidence. Molecular forensics revolutionised when an English scientist found a new type of genetic markers in the human genome. These are the 10-100 bp long sequences that are repeated. The sequence is same in almost every individual but the number of repeats is different. Scientist named them “minisattelites” and after two years, forensic scientist all over the world started using this to knock down the criminals.

Later on, when Kary Mulis invented the Thermocycler or Polymerase Chain Reaction (PCR), it helped the forensic scientist to amplify a certain part of DNA found in low-level at the crime scene. All of the today’s genetic methods are based on the PCR now. Today, several kinds of genetic markers are being used by the forensic analyst all around the world for the forensic analysis. Some of them are following,

RFLP is a molecular method of genetic analysis in which individuals are identified based on the difference of cutting patterns at specific regions by particular restriction enzymes. The genetic code of humans have variations in few regions known as polymorphism which help in the RFLP.

Restriction enzymes are the specialized proteins that cut the DNA at specific sites unique to each restriction enzymes. These specific sites on the DNA where the restriction enzyme cuts are called the recognition site or the cut site. Due to the polymorphisms in the Human DNA, different individuals can have different cut patterns of the same enzyme. RFLP is not being used in the forensic science but for the paternity testing and genetic diversity analysis as well. Unfortunately, the RFLP technique is tedious and slow. A large amount of sample is required, along with that probe labelling and autoradiography can take up to a month.

These are the repeated sequences over varying base lengths in intergenic regions of the DNA. Variance in the length of SSLPs can be used to understand genetic variation between two individuals in a certain species. Like the RFLP, Polymerase chain reaction is used to amplify the regions of the DNA containing the SSLPs and the result is compared between the suspect and the criminal.

RAPD is a PCR based technique which involves the use of single arbitrary primers in a PCR reaction. This results in the amplification of many discrete DNA products. Primers bind on two different locations of the DNA at opposite strands. The polymorphisms between individuals result from sequence differences in one or both of the primer binding sites and are visible as the presence or absence of a particular RAPD band.

The most crucial factors that need to be optimized in a RAPD reaction are the magnesium concentration, enzyme concentration, DNA concentration and annealing temperature of the primer.  PCR is an enzymatic reaction, therefore the quality and concentration of template DNA, concentrations of PCR components, and the PCR cycling conditions may greatly influence the outcome. Thus, the RAPD technique is notoriously laboratory dependent and needs carefully developed laboratory protocols to be reproducible.

AFLPs are the differences in the restriction fragment lengths produced by the Single Nucleotide Polymorphisms (SNPs) or Insertions, deletions (INDELS) of the DNA sequences. This will create or abolish the restriction endonucleases sites. DNA is first digested by the restriction enzymes and then adapters are ligated to it. Selective amplification of some of these fragments with two PCR primers that have corresponding adaptor and restriction site-specific sequences. After the electrophoresis, patterns are visualized. AFLP requires the need to use different kits adapted to the size of the genome being analyzed.

VNTR is a location in the genome which contain the short sequence of DNA in tandem repeats. This is found on many chromosomes and often show variations in the number of repeats among the individuals. Due to high variability among the individuals, VNTRs are used in the DNA fingerprinting.

SSRs or microsatellites are the rehashing sequences of 2-5 base sets of DNA. Along with DNA fingerprinting, these are also used in the gene duplication studies.

SNPs are the most common type of genetic variation among humans. SNPs represent the change in the single nucleotide of the DNA. Point mutations can also give rise to the SNPs. Not only for the DNA fingerprinting, these are also useful as genetic markers for the disease including cancer and other fatal diseases with genetic involvement.

With the advancements, there are few more useful techniques in the field of forensics such as RNA based techniques. RNA expression profiles can reveal the age of a bloodstain because different RNA degrades at different rates. If this technique pans out, it will be extremely valuable to forensic scientists.

RNA profiles of blood can differentiate between menstrual blood and blood found in blood vessels, a distinction that may be important to investigators trying to determine the origin of blood stains in someone’s home. Messenger RNA markers have also been identified for saliva, semen, and vaginal secretions. By profiling mRNA contributions from a crime-scene sample, investigators should be able to tell what type of fluid they’re working with. 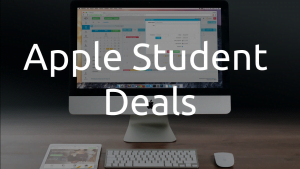 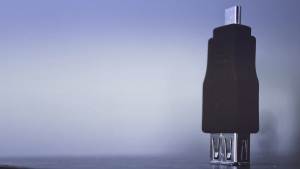 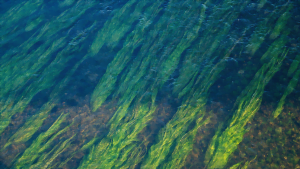