Genetic engineering offers enormous benefits to humans. It has the potential to fulfil the human’s needs to a larger extent. For many years it is under practice to modify the organism’s genetic makeup.

However, it also causes the number of harmful effects. So, we must weigh the Pros and Cons of Genetic Engineering.

Pros and Cons of Genetic Engineering in Animals and Humans

Genetic engineering benefits to cure diseases by the use of gene therapy, by organ transplant, and tissue transplant. It also helps to diagnose the diseases by the use of sensors or nano-chips. It also contributes to the production of designer babies with parent’s desired features, intelligence characters. In animals, genetic engineering produces transgenic animals to satisfy the requirement of meat by humans. The clone animals are being used as the test organism in the laboratory in order to test the drug in clinical trials. It also increases milk production in animals also to produce therapeutic important compounds.

Making transgenic animals or human clone is unethical as said by most of the opponents. Genetic diversity, which is important, in different species it will be no more because of genetic engineering. Instead of curing diseases via gene therapy, organ transplant it may result in causing more genetic deformities in both animals as well as humans.  Though these experiments or treatment as not easy to be done it needs a large amount of funding. It also needs model organisms in large amount on which experiments can be done. Creating designer babies is also not a process with any errors. The huge number of genetic defects can occur in making designer babies.

Pros and Cons of Genetic engineering in Plants

Increasing the number of population day by day needs more food for human. To supply the food to the huge population genetic engineering is the solution. Genetic engineering fulfils the food demand. It makes the plant resistant to pest, insects etc. Genetic engineering to increase the food quantity. It also enhances the crop productivity. As plants are resistant to pesticide, insecticide it will limit the use of pesticide spray. This will affect to reduce the environmental pollution. It is also important to increase the shelf life of food so that it can stay fresh for a longer period of time. Plants are going to have the property to be able to grow in poorer environmental conditions.

Genetic engineering can also affect the wild type of crops. As it transfers the gene to wild plant. It can also target the undesirable gene. Allergens in plants produced as a result of genetic engineering can be transferred to human as if humans eat that allergic food. Cross specie barriers can cause harmful effects. With increasing quantity of food, it is possible that food can have less nutritional properties as compared to wild type.

Pros and Cons of Genetic Engineering in Microorganisms

So far, due to lack of public understanding about genetic engineering and regulatory bodies. It is not being perceived as safe by masses. Both International and national laws are needed. Certain limits need to be drawn which can only be done by scientists, lawmakers and activists can sit together. 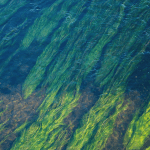 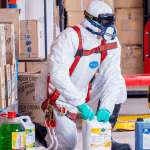 Best Use of Bioethanol: Fuel or Feedstock?